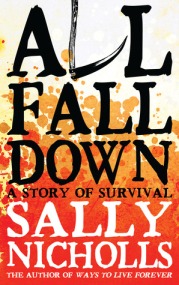 Catastrophic disasters don’t always mean the end of the world….

When Isabel’s village in the Yorkshire countryside is devastated by the Black Death, it seems that the world is ending in horror and fear. But for those who survive the apocalyptic plague, a freer society will emerge from the destruction of the feudal system that enslaved Isabel’s family.

Sometimes hope rises out of the ashes.

Tallulah’s triumphant Heathcliff in ‘Wuthering Heights’ the comedy musical was enough to secure her place at Dother Hall performing arts college for another term. She can’t wait to see her pals again, Charlie and the boys from Woolf Academy and maybe even bad boy Cain…

When an international visitor comes to stay could the bright lights of Broadway be calling? And for who? Find out in the next Misadventures of Tallulah Casey.

A gripping YA thriller set in Hollow Pike – a small town with a big history of witchcraft!

Something wicked this way comes…

She thought she’d be safe in the country, but you can’t escape your own nightmares, and Lis London dreams repeatedly that someone is trying to kill her.

Lis thinks she’s being paranoid – after all who would want to murder her? She doesn’t believe in the local legends of witchcraft. She doesn’t believe that anything bad will really happen to her. You never do, do you? Not until you’re alone in the woods, after dark – and a twig snaps…

“Mondays are red. Sadness has an empty blue smell. And music can taste of anything from banana purée to bat’s pee. That’s what I need to explain, starting with the day it all began, the day I woke up in a hospital bed with a kaleidoscope in my head. I discovered later that I had almost died from meningitis but I remember nothing about that bit. My first memory is the dizzy waking up part and my soggy muddled head. My second memory is how, bit by bit, I began to realise how much my world had changed.”

Luke finds that his world has changed in three ways, as he wakes from a coma after meningitis. First, he has synaesthesia. Second, he has a weakness in his leg, disastrous for someone who was such a brilliant runner. And third, he discovers that synaesthesia gives him endless power. Even the power to fly.

Guiding Luke through his new world is Dreeg, who dwells entirely in Luke’s brain. Dreeg’s appearance changes as Luke’s feelings about him move between fascination and horror. Luke soon discovers that power has devastating costs – will he be tempted to sell his soul to pay for the power to fly, to create anything he wants, to punish his sister for .. but no, you need to read the book to discover the reasons for the problems between Luke and his sister. And who is the mysterious deaf girl, Seraphina, with biscuit skin and hair as long as the sound of honey?