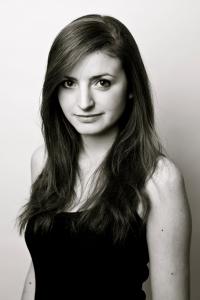 DO work on your signature. Mine is the worst ever and I can’t go back now. Signed copies of The It Girl are doomed to a scrawl that looks like a two-year old had their first go at writing on the inside cover. And I know I’m not being modest because my dad said to my brother, “she needs to work on it, it’s just awful” right in front of me last weekend.

DO stock up on snacks when you need to write. It has been scientifically proven that Rolo yoghurts improve mental stimulation. No, really, I’m serious. Ok, FINE, maybe not proven as such…

DO invest in a good laptop. Mine whirrs. Is it meant to whirr? I kind of find it comforting now but most likely won’t when it collapses and dies in the middle of an unsaved chapter and I become so stressed at the situation that I cry out “WHY GOD, WHY?!” and then do something stupid like throw my laptop out the window and end up in prison.

DO go wild with herbal teas. Good Lord there are so many flavours out there I’ve had to dedicate an entire kitchen cupboard to my selection. I don’t even drink that much herbal tea, I just open my cupboard every so often and proudly admire such a collection. Sometimes I do that when friends come round and then I force them to have one just so I get to show them the incredible variety

DON’T announce during your first author talk that a spider bit your eye-lid and that’s why it’s red and sore. You will draw more attention to it when most people probably didn’t notice in the first place. And then you will encourage more questions about the spider biting your eye than about your book that you spent the last two years of your life working on.

DON’T go into a bookshop when it first comes out, see your book and then just stand there and stare with your mouth open. It looks weird.

DON’T ask your friends for character advice. Suggestions will all be along the lines of: “you should definitely have a character named [insert name of whoever is talking here] who, like, goes out and saves the world with a flame-thrower. You are welcome, my author friend, you are welcome.”

DON’T listen to your uncle when he says you should give up that writing nonsense and do something useful like becoming a plumber. True story. That ACTUALLY happened to me. Look who’s laughing now! Mwahahaha! IN YOUR FACE.

DON’T gloat in your uncle’s face. He will say a clever retort that you won’t understand and then you’ll be like, “yeah, well, you know, yeah” and look like an idiot.

DON’T watch a Marvel film and then come out of the cinema determined to find your superpowers. You will end up just staring at objects for hours, trying to move them with your mind. This is time that you could be spending writing because you are a sophisticated author now and not the kind of person who just stares at pencils. RIGHT? *puts pencil away*

DO keep writing! There’s no better way to spend your time (except maybe training to be one of those agility dog trainers because then you can run around all day with a dog and watch it do cool things like jump through a ring of fire)

The It Girl by Katy Birchall (Egmont Publishing, £6.99) is out now.

About the author: Katy Birchall is the debut author of The It Girl series. She also works at Country Life magazine as their Deputy Features Editor. Katy won the 24/7 Theatre Festival Award in 2011 for Most Promising New Comedy Writer with her very serious play about a ninja monkey at a dinner party. Her four pet Labradors are the loves of her life, she is mildly obsessed with Jane Austen and one day she hopes to wake up as an elf in The Lord of the Rings. She grew up in Essex and currently lives in Brixton.

Everybody wants to be a famous It Girl. Don’t they?

1) Must keep my two lovely new (and only) school friends by not doing anything in usual manner of socially inept dork and outcast.

2) Train Dog (my labrador) to high-five. This is probably the most ambitious life goal on this list.

4) Work out whether 2) and 3) constitute being socially inept or outcastish.

5) Go to Africa and give out rice.

6) To hide in a cupboard FOR LIFE with Dog now Dad is engaged to one of the most famous actresses EVER, the paparazzi want to spash my face all over the papers and everyone in school (and The World) is soon to discover the level of my social ineptitude.

7) Is rice a bit done now? Maybe I can give out chocolate in Africa too. I do like chocolate. Must work out how to do it from the cupboard…

When Zach and I were born our parents must have counted and recounted: limbs, fingers, toes. We were perfect. They would have been disbelieving: nobody dodged the split between Alpha and Omega.
Nobody.

They were born together and they will die together.

One strong Alpha twin and one mutated Omega; the only thing they share is the moment of their death.

The Omegas live in segregation, cast out by their families as soon as their mutation becomes clear. Forced to live apart, they are ruthlessly oppressed by their Alpha counterparts.

The Alphas are the elite. Once their weaker twin has been cast aside, they’re free to live in privilege and safety, their Omega twin far from their thoughts.

Cass and Zach are both perfect on the outside: no missing limbs, no visible Omega mutation. But Cass has a secret: one that Zach will stop at nothing to expose.

The potential to change the world lies in both their hands. One will have to defeat the other to see their vision of the future come to pass, but if they’re not careful both will die in the struggle for power.

There’s one truth on Australia: You fight or you die. Usually both.

Seventeen-year-old Chan’s ancestors left a dying Earth hundreds of years ago, in search of a new home. They never found one.

The only life that Chan’s ever known is one of violence, of fighting. Of trying to survive.

But there might be a way to escape. In order to find it, Chan must head way down into the darkness – a place of buried secrets, long-forgotten lies, and the abandoned bodies of the dead.

Seventeen-year-old Chan, fiercely independent and self-sufficient, keeps her head down and lives quietly, careful not to draw attention to herself amidst the violence and disorder. Until the day she makes an extraordinary discovery – a way to return the Australia to Earth. But doing so would bring her to the attention of the fanatics and the murderers who control life aboard the ship, putting her and everyone she loves in terrible danger.

And a safe return to Earth is by no means certain.

My Name is Hanna Michelson. I am fifteen. I am Latvian.

I live with my mother and grandmother. My father is missing – taken by the Russians.

I have a boyfriend. When he holds my hand, everything feels perfect.

I’m training to be a dancer. But none of that matters now.

Because the Nazis have arrived, and I am a Jew. And as far as they are concerned, that is all that matters.